A significant percentage of Russian investors prefer to use Bitcoin as an investment tool compared with other traditional investment tools like Gold and Forex. Based on the survey conducted by The Russian Association of Currency Brokers (AFD), a Russian-based Forex regulatory organization, 77% of Russian investors are more likely to invest in Bitcoin and other cryptocurrencies than investing in Gold and Forex. 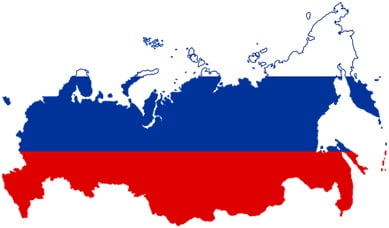 23% of Russian investors never used Bitcoin of the 502 surveyed, 23% had never invested or used Bitcoin or other types of cryptocurrencies for payment purposes. Of this figure, more than 77% are willing to invest in Bitcoin in the near future, 7.6% do not believe in Bitcoin as an investment tool, while the remaining 15% have a neutral opinion about Bitcoin as viable. Given these impressive statistics, one of the best free crypto prediction sites,  forecasts price increase of the complete crypto market in 2022.

Evgeny Masharov, AFD Chief, said the survey clearly indicates that Russian investors now accept Bitcoin and other cryptocurrencies, as against former opinions of being a ‘hype product.’  According to the AFD Chief, the survey findings will be made available to the Russian apex bank and the State Duma Committee on Financial Markets. A survey conducted by World Gold Council in 2020 showed that Bitcoin occupied the 5th position, with Russian investors preferring to invest in a savings account, Forex, real estate, and insurance.

The Russian Government’s Stance On Bitcoin

TASS reported that Russian lawmakers are working on bill amendments to authorize the Russian government to seize cryptocurrencies. This is under the guise that Bitcoin and other altcoins like Monero are being used for sponsoring criminal purposes, including supporting terror organizations.

Krakov, in a later statement, also claimed that Bitcoin, due to its anonymous nature, has been increasingly used in bribery and corruption, and confiscating Bitcoin will curb its use as a means of perpetrating bribery and corruption and sponsoring criminal activities in the country. He also claimed that cryptocurrency exchange platforms are being used to channel stolen money from the government coffers.

From Krakov’s point of view, it is evident that the Prosecutor General lacks the concept of how bitcoin or other cryptocurrencies work, not realizing that there’s no way the government can confiscate the bitcoin in users’ wallets because it is impossible to stop cryptocurrency transactions except by hacking attempts on users’ wallets.

Despite the Russian government’s strong stance against cryptocurrencies, it is working on creating its version of Digital Currency, which will be regulated by the Russian Central Bank. Although this might be a laudable move, it does not equate to using Bitcoin since the government can track every transaction done with its Digital Ruble.

Thankfully, the use of Bitcoin and other cryptocurrencies remains the only way Russians can free themselves from their totalitarian government with no respect for human rights like privacy, freedom, and financial sovereignty.

Nevertheless, more Russians are beginning to adopt the use of Bitcoin and altcoins, as evidenced in the survey carried out by AFD, which showed that 77% of Russian investors are willing to invest in Bitcoin. This will give the Russian populace control on how, where, when, and what to spend their crypto-assets on.

About Sashi 372 Articles
Sashi Singh is content contributor and editor at IP. She has an amazing experience in content marketing from last many years. Read her contribution and leave comment.

Become a Flyout affiliate today and help your blogger friends to make more money from their blog for a better living.