The NYSE is the largest stock exchange in the world, with a market capitalization of $30.1 trillion. Established way back in 1792, over $192 billion (as of 2018) is the daily trade volume in this stock exchange.

Quantopian believes that the global footprint and the NYSE’s colossal size are mainly because of the back-to-back mergers. Blue-chip companies like Coca-Cola, Berkshire Hathaway Inc., McDonald’s Corporation, and Walt Disney Company are listed under the NYSE. 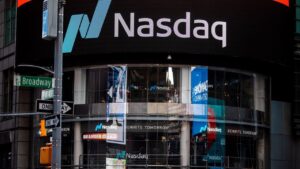 National Association of Securities Dealers Automated Quotations (NASDAQ) holds the distinction of being the second-largest stock exchange in the world. What’s even more interesting about it is that it’s the first electronically traded stock market in the world.

NASDAQ has gone from strength to strength since 1971. At present, it has an impressive market capitalization of $10.8 trillion. So, if you’re planning to make the most of the opportunities at NASDAQ, start by using a good Stock api under the watchful supervision of a reputed name like Alpaca.

The Tokyo Stock Exchange of Japan was validated in 1978 and currently holds the third rank. It has more than three thousand companies, along with a syndicated market cap of over $5.67 trillion. Nikkei 225 is the metric indicator for this stock exchange.

Some of the major Japanese giants of international repute are listed under the Tokyo Stock Exchange, such as Sony, Mitsubishi, Honda, Suzuki, and Toyota.

One of the two stock exchanges that operate autonomously in the People’s Republic of China is the Shanghai Stock Exchange. Though it was established back in 1866, it was adjourned in 1949 due to the Chinese Revolution before resuming full-fledged operations in 1990.

A combined market cap of $5.01 trillion makes Shanghai SE the fourth largest stock exchange in the world. An interesting thing about this stock exchange is that the absolute market capitalization is made out of former state-run insurance companies and commercial banks.

With over two thousand listed companies and a remarkable market capitalization of HK$29.9 trillion, the Hong Kong Stock Exchange holds the fifth rank on the list. Petro China, HSBC Holdings, and China Mobile are some of the companies under this stock exchange.

The origin of the Hong Kong Stock Exchange goes back to the mid-1800s. Since then, a series of agglomerations and mergers have been noted with other exchanges that have further aided its growth.

The London Stock Exchange, established in 1571, is the oldest in the world, along with being the sixth-largest. It has over three thousand companies listed under it and a combined market capitalization of $4.59 trillion.

Also Read: Guide on How to Invest in Stocks Locally

Moreover, it also happens to be the maiden source of the benchmark prices, market data, and equity-market liquidity in Europe. Massive companies like GlaxoSmithKline, British Petroleum, and Barclays are listed under it, which adds to its daily trading volume.

A consolidation of the stock exchanges in Brussels, Paris, and Amsterdam led to EURONEXT’s formation in 2000. EURONEXT happens to be an acronym for European New Exchange Technology. Over the last couple of years, it has amalgamated with several exchanges, the most remarkable being the NYSE.

This stock exchange steers the financial markets of Paris, Dublin, Oslo, Lisbon, Brussels, London, and Amsterdam. It has a market cap of €4.1 trillion and around 1,500 listed companies.

The Shenzhen Stock Exchange is located in the Shenzhen city of China and was established in 1990. Being the eighth largest stock exchange in the world, it has more than 1,300 listed companies. It also has a combined market cap of $3.92 trillion.

The Toronto Stock Exchange (TSX), introduced in 1852, is wielded and held as the subsidiary of the TMX Group. As the ninth-largest exchange, TSX has nearly two thousand listed companies and a combined market cap of $2.3 trillion.

The financial instruments found here include options, futures, commodities, bonds, exchange-traded funds, investment trusts, and equities. Toronto Stock Exchange holds the distinction of having more number of oil and gas and mining companies listed as compared to any other stock exchange in the world.

The final rank is held by the Bombay Stock Exchange, with a total market cap of over $2.2 trillion. Ever since it was established back in 1875, it has played a major role in assisting the growth of the country’s financial markets and corporate sector.

Futures, stocks, options, bonds, and equities are the financial instruments found here. However, the benchmark of BSE gets measured by the Sensex that covers almost all sections of the Indian economy.

Now you are a bit more informed about the world’s various stock exchanges and their values in the world economy. Hopefully, it will help you in better understanding and navigating your trading strategies.

About Aditi Singh 244 Articles
Aditi Singh is an independent content creator and money finance advisor for 5 years. She is recently added with Investment Pedia. Internet users are always welcome to put comments on her contributions.

Trading Insanity You probably must be aware of the saying: the definition of insanity means doing the same thing and expecting different results. This statement, without a doubt, is very familiar and might sound overused […]

Why a Trading Simulator is a Good Move

Stimulate Your Skills With Simulated Trading No matter if you’re a professional stockbroker or totally new to the game, no one knows the stock market inside and out. Picking out trends and tendencies is a […]

Become a Flyout affiliate today and help your blogger friends to make more money from their blog for a better living.